In its original form, the mansion could have served as a textbook example of Second Empire architecture, as it embraced many of its distinguishing elements.  Its high mansard roof, carried on bracketed eaves, was pierced by round headed dormers and surmounted by an iron cresting.  A 2 1/2 storey half octagonal tower, projected from the west side continued these features.

The original plans for the house were drawn up by John Mather's younger brother James, an architect who had been practicing in Ottawa since 1873.  In 1878 he designed the house further down the street at 335 Laurier Avenue East.  Both homes share similar but mirror-image massing. In 1897 it became the residence of Canadian Prime Minister Sir Wilfrid Laurier until he died in 1919.  In 1921 the house was bequeathed to future Prime Minister Wiliam Lyon Mackenzie King.  He lived there from 1923 until his death in 1950. It is now known as Laurier House, a national historic site. 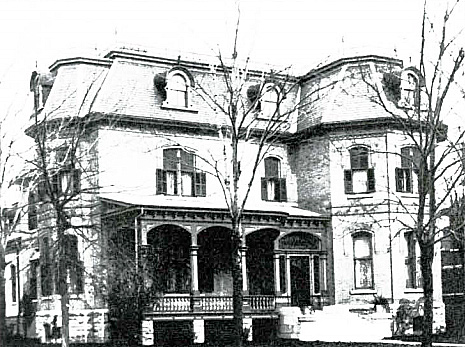 After John Mather died, Munross was sold to Clarissa and Marc Henri Ami.  Shortly after they moved in, the rear wing of the house was enlarged and extended to two full floors and the mansard roof of the tower was replaced with a castellated parapet.  The stable and its attached one storey wing which was situated in the northwest corner of the property was converted into a garage sometime before 1912.

John Ambrose O'Brien acquired the property in 1922.  O'Brien hired the well-known Ottawa architect Werner Ernest Noffke to enlarge and redesign the style of the house in Tudor Revival.  The original massing of the house was not altered, but new components added height and breadth to the Second Empire core.

A two storey wing was added to the west side.  The tower was raised to a full three storeys, with windows on the top floor.  The front entrance was extended and enclosed.  A verandah was projected beyond the entrance and opened to a square terrace on the east side (today the terrace runs nearly the full length of the building, instead of stopping just short of the living room windows).

The brick labels were removed from the first and second storey windows and stucco was applied over the exterior.  The original stone window sills remain.  "Half-timbering" was applied to the gables.  And finally, in keeping with the Tudor mode, the mansard roof was replaced with a gabled roof inset with dormers.

In the early 1940s, with his five sons in the Service, O'Brien leased the house to the Department of National Defence, who used it as a residence for the Women's Royal Canadian Navy Service (WRENS). The house's 13 bedrooms, seven full bathrooms, and seven fireplaces made it ideal for housing the WRENS.  It was equally useful as a student dormitory when the University of Ottawa purchased the property in 1948.  It became part of St. Paul's University in 1955.

The building was sold again in 1975 to Le Cercle Universitaire.  Since its founding on January 9, 1958, it had been leasing the premises from St. Paul's.  Le Cercle was a bilingual gourmet club founded by a group of deans, faculty members, and professional staff from the University of Ottawa.  Their aim was to create a place where fine food would be served in an atmosphere of sophistication and elegance.  Le Cercle Universitaire d'Ottawa was in operation for 42 years and was recognized as one of the finest tables in the region.

The restaurant carries on the proud tradition of Le Cordon Bleu with origins in Paris, which has spanned over a century of culinary excellence.  With over 30 campuses worldwide, Le Cordon Bleu is widely recognized as the gold standard in training for professional French cuisine.  Signatures Restaurant values our connection to the culinary arts institute at Le Cordon Bleu Ottawa, and while our kitchen is not run by students, we hire graduates as well as give current students a chance to observe. 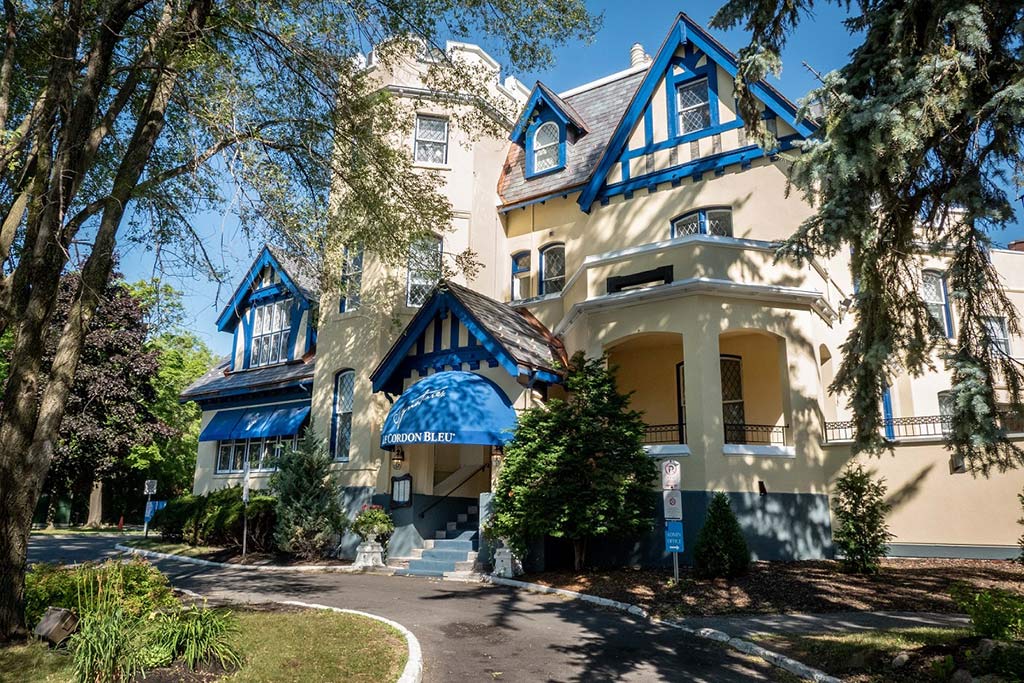 Based on excerpt of article “Munross and Le Cercle Universitaire d’Ottawa” by Beryl Corber published in 1990 in SSAC BULLETIN SEAC.

Find Out More About Signatures